From Information Theory to Variational Inference

Variational Inference $(\text{VI})$ are useful methods for approximating hard-to-compute probabilisty densities. The main idea behind VI is that a target distribution $p$ of some dataset can be estimated by introducing an approximate distribution $q$, and then, iteratively minimizing the Kullback-Leibler divergence $\text{KL}(q||p)$ between $q$ and $p$. Many reinforcement learning algorithms, e.g., variational inference for policy search, aim to optimize the policy by minimizing the KL-divergence between a policy distribution and an improper reward-weighted distribution. This post discussse the following topics that are basic, but important, concepts to understanding VI.

and then, talk about

One of the core basic concept in information theory is “Information”. The amount of “information” contains in an event $x$ is defined formally $(\text{or mathematically})$ as

where $p(x)$ is the occurrence probability of event $x$. Informally, the more one knows about an event $(\text{high probability})$, the less hidden information he is apt to get about it $(\text{less information})$.

For continuous probability distributions, $P$ and $Q$, the KL-divergence is defined as an integral $(\text{see below})$.

Some properties of the KL-divergence are

On the other hand, if $f(x)$ is a concave function, then

Now, let’s start from the log probability of a random variable $X$. Here, $f(x)=\log{(x)}$ is a concave function. Thus, we can have

We denote $L=E_z [\log p(X, Z)] + H(Z)$ as the Evidence Lower Bound $(\text{ELBO})$, where $H(Z)=- E_z [\log(q(Z))]$ is the Shannon entropy. The $q(Z)$ in the equation is a distribution used to approximate the true posterior distribution $p(Z|X)$ in VI. Maximizing the ELBO gives as tight a bound on the log probability. Or, if we want to maximize the marginal probability, we can instead maximize its ELBO $L$.

Probability theory plays a crucial role in modern machine leanring. Graphical models provide a simple and elegant way to represent the structure of a probabilitic model, show insights into the properties of the mdoel, especially conditional independence properties. Generally, a graph consists of nodes and links, where each node represent a random variable and the links express probabilistic relationships between these variables. The graph then captures the way in which the joint distribution over all the random variables can be decomposed into a product of factors each depending only on a subset of the variables. 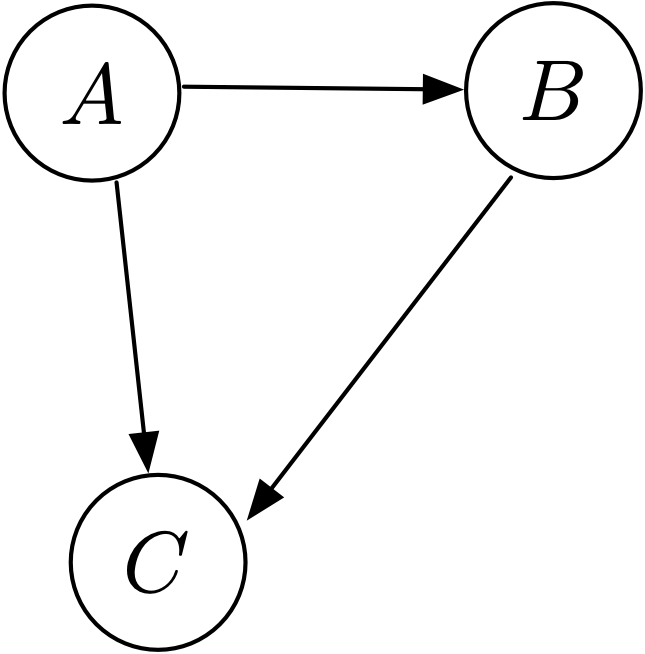 Finally, we are now ready to introduce the Variational Inference.

Assume that $X$ are observations $(\text{data})$ and $Z$ are hidden variables, the hidden variables might include the “parameters”. The relationship of these two variabels can be represented using a grapical model 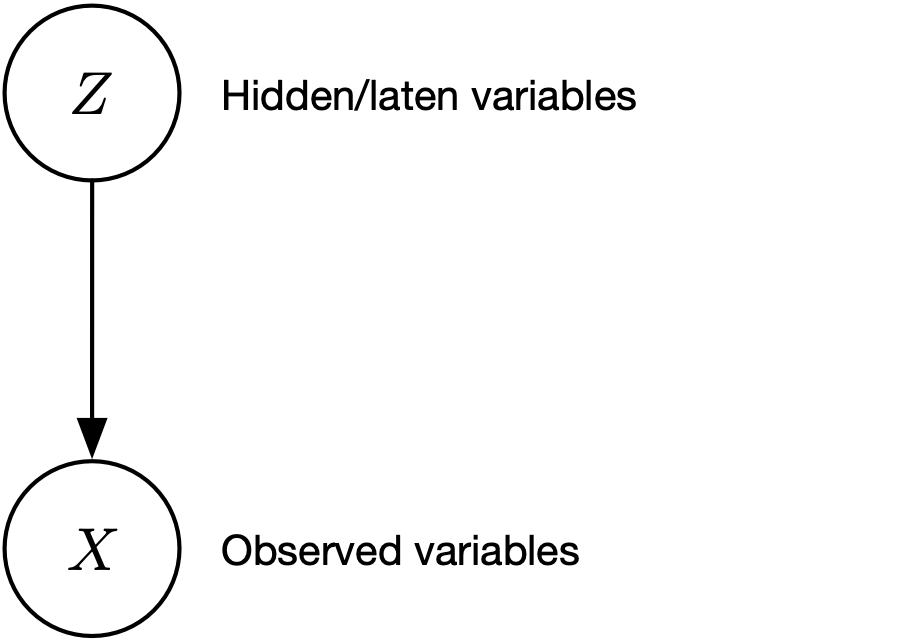 The goal of variational inference is to infer hidden variables from observations, that is we want the posterior distribution