Quadrotors are rotorcrafts whose movements are driven by four motors. Particularly, two pairs of propellers rotated opposite to each other are used to generate thrusts, and hence, lift the quadrotor in the air. When neglecting aerodynamics effects, the motion of a quadrotor is controlled by the gravity and four individual thrusts. 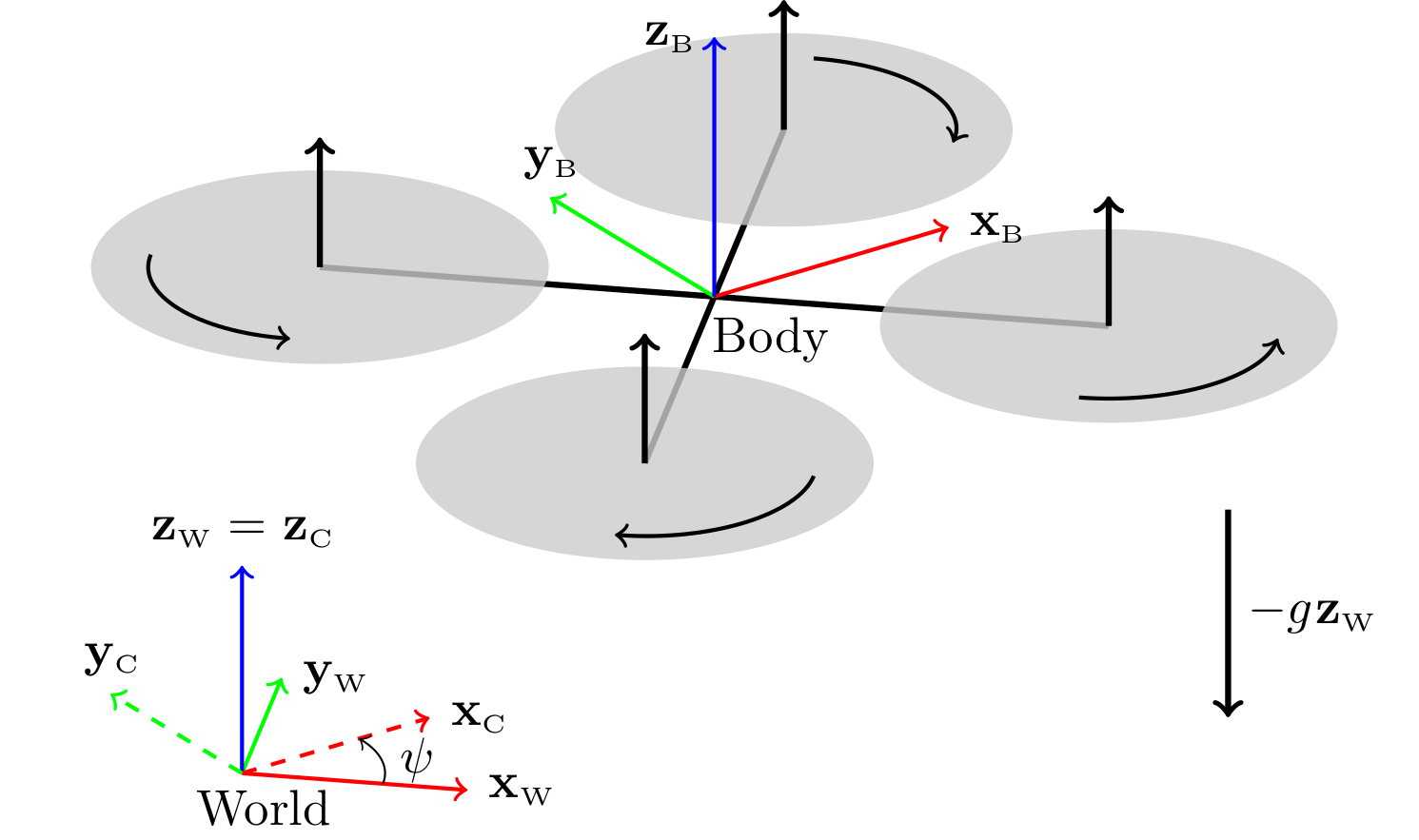 We can describe the translational motion of a rigidy body in a 3D Cartesian coordinate system using the position vector $\mathbf{p}=[x, y, z]$ and its derivatives, including the velocity $\mathbf{v}$, the acceleration $\mathbf{a}$, the jerk $\mathbf{j}$, and the snap $\mathbf{s}$.

Force is a translational quantity which causes a rigid body to move. The translational movement of a quadrotor is driven by three different forces: gravity, total thrust {force generated by propellers}, and drag force {due to linear friction}.

where $g=9.81$ is the gravity acceleration, $m$ is the mass of the quadrotor, $\omega$ is the rotational speed of the propelles and $k_i, i\in [0, 1,2]$ are polynominal coefficients. Here, $v$ is the linear velocity of the quadrotor and $k_d$ a coefficient. Hence, the translational motion of a quadrotor can be derived from the following differential equations:

are simple and intuitive to understand, however, it suffers from the problem of “gimbal lock,” which prevents them from measuring orientation when the pitch angle approaches +/- 90 degrees. On the other hand, quaternions can be more complex compared to euler angles, but, are alternative representations that do not suffer from gimbal lock. We denote

The dynamical model of a quadrotor is denoted via a set of Ordinary Differential Equations. We use the state vector $\mathbf{s}=[\mathbf{p}, \mathbf{q}, \mathbf{v}]$.